Media and information literacy: A critical surviving skill for the new millennium?

by Daily Statesman
in Featured
0 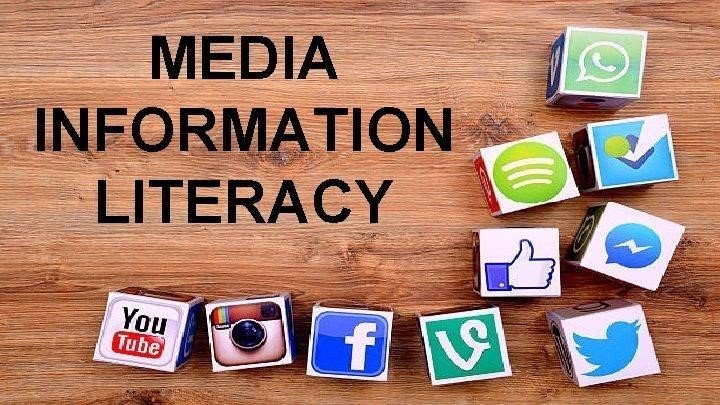 Young people in Ghana are leading the way in digital innovation, but they are unaware of the negative repercussions of misinformation, cyberbullying and hate speech.

Prior to the development of new media, the main purposes of traditional media were to inform, educate, and amuse. For instance, Ghana’s pre- and post-colonial past saw print media as the primary news source.

However, the story seems to have strayed from the fundamental idea of meritocracy. In addition to the primary roles, hashtags have been acknowledged as a catalyst to change the status quo.

Media content has changed to reflect current trends, preferences, and programmes. Examples of how social media (new media) is being utilised to redefine media and its function in general include #FixTheCountry, #LetMyVoteCountAlliance, #OpenLegalEducation, among others.

Thanks to digital media, it is now simple to generate, produce, and distribute news, infotainment, comedy media, including vile and “disgusting” films as well as impactful stories. Instructively, the digital media industry has changed, with tech businesses increasingly recognising market potential to meet depending on a number of elements, one of which is algorithms.

The younger generation of my age will choose to switch between social media apps rather than flick through 20 pages of a newspaper to read the news (this is my own, quick opinion and is not supported by data).

For instance, readers only read the headlines of these news stories instead of the entire article. Sometimes, news reports are made up, misrepresented, deceptive, and lacking in authenticity, violating the fundamental standards of accuracy, truthfulness, objectivity, verification, and integrity that underpin the media industry.

The purpose of a news story’s headline is to draw the readers’ attention to the real story that will be told. Some of the theories used by media professionals to package their stories include framing, priming, and agenda setting. These theories frequently reflect their attitudes and representations rather than presenting facts.

But how can we ensure that, as digital natives, the news we read accurately reflects what is actually happening? Three-quarters of people between the ages of 15 and 25 who participated in the representative survey for DW Akademie’s MIL INDEX study, said they own a smartphone.

More than 70% said they use Facebook and WhatsApp on a weekly basis in addition to utilising a mobile device to access the internet.

Numerous social networks and messaging apps are widely and often used. A sizable fraction of poll participants use more data-intensive networks like Snapchat (34.7%), YouTube (29%) and Instagram (26%) on a weekly basis.

I think the youth in this country do not seem to be thinking critically about harmful types of communication like hate speech, cyberbullying, and misinformation.

Even though I have encountered many of these situations in my activism and conversations, the findings indicated that there was a lack of knowledge of the negative consequences and an excessive amount of tolerance for these kinds of miscommunication.

This goes to confirm expert Awo Aidam Amenya’s view that “the majority of the youth […] do not reflect”. The majority of the people I spoke with at Bole Senior High School during last year’s Media Information Literacy (MIL) week celebration were inclined to believe a false WhatsApp posting that stated a company is providing free laptops.

Only a small minority are aware of and criticized an example of hate speech. On the other hand, the students were quite adept at identifying news bias and censorship, which explains why the young Ghanaians still achieved a moderate score for reflective skills.

Before they are put into practice, MIL talents are nothing more than a possibility for change. One approach to use these skills for the good of society is to share ideas and opinions, and to support causes.

Self-evaluation of MIL abilities is also important before consuming media information. Utilising the media responsibly, critically evaluating the media, producing and publishing your own media, and having the ability to think back on your use of the media are competencies for the new millennium.

The writer is a student at Ghana Institute of Journalism (GIJ). Writer’s email: abubakarisadiq55@gmail.com