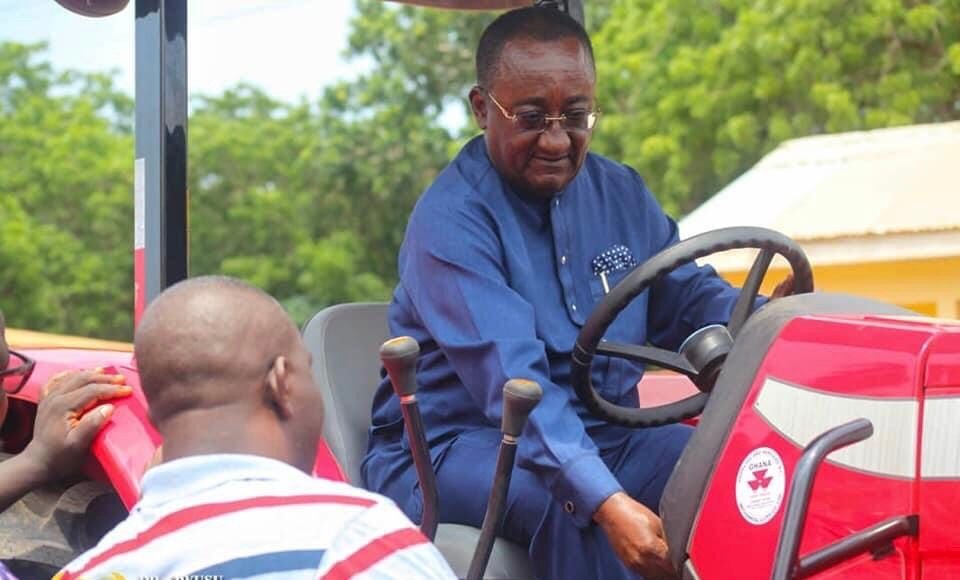 As part of efforts aimed at supporting farmers and strengthening the agro-processing sector in the country, the Minister of Food and Agriculture, Dr. Owusu Afriyie Akoto, has commissioned modern sophisticated farm machinery to enhance the operations of farmers in the country

The deal to enhance agriculture, through mechanisation, came as a facility from the Brazilian government in the sum of $96 million.  The consignment includes assorted machinery improve farming and agri-business, with equipment ranging from power tillers, combined harvesters to shellers, ridgers and tractors. 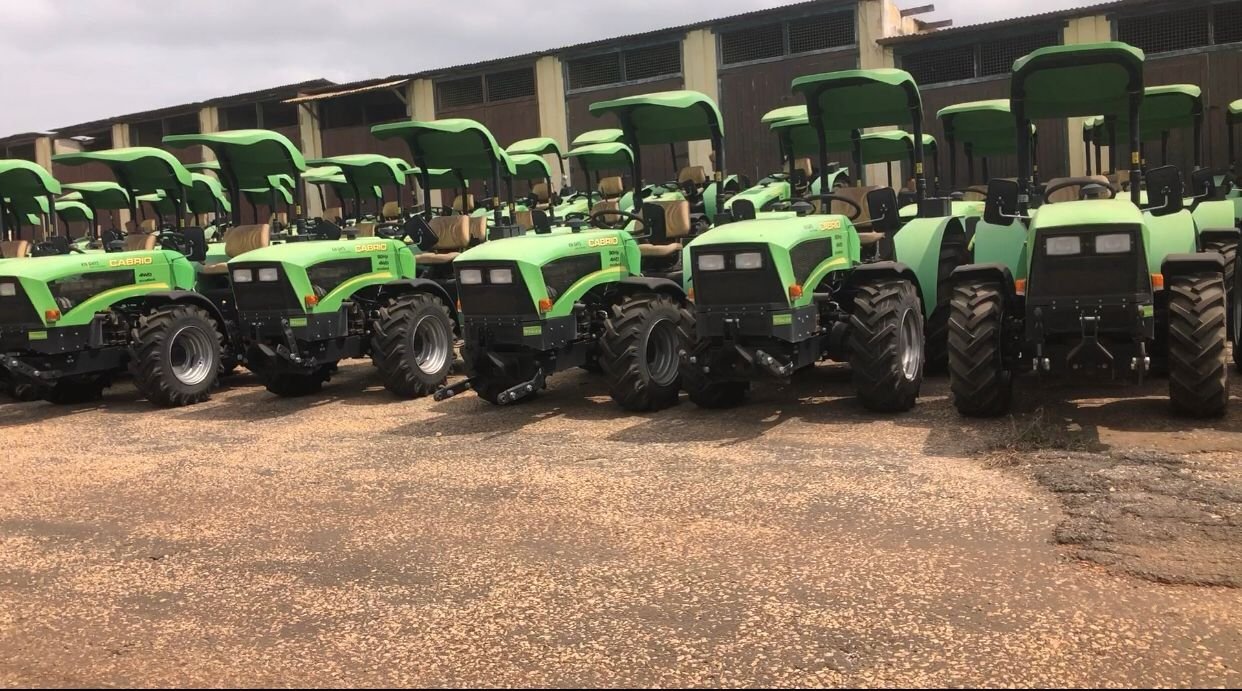 The Ministry of Food and Agriculture, through its Engineering Services Directorate, is expected to oversee the sale of the machinery to farmers at highly subsidised prices.

Speaking during a short handing over ceremony at the Agricultural Engineering Secretariat in Accra, the Minister reaffirmed government’s effort in placing much premium on harvest, post-harvest and value addition.

Dr. Afriyie Akoto disclosed that another facility of $150 million from the Indian government was expected in the country by the end of the year to complement the government’s commitment towards agriculture.

“It is geared towards encouraging more farm machinery in our farms to boost agriculture and improving the livelihood of Ghanaian farmers and creating jobs as part of the transformation agenda in the sector,” he noted.

The Minister observed that the various agricultural policies introduced since 2017 had made positive impacts on farmers in the country, with about 1.7 million farmers benefiting from the policies through the provision of subsidised improved seeds and fertilisers.

He mentioned that these farm machinery, namely combined harvesters, tractors, millers and others, had been subsidised by the government at a rate of 40 percent cost.

The Minister assured that allocation processes would be made public, adding that distribution would be open to all Ghanaians by applying through the various district offices of the ministry.

He disclosed that the machinery also include gari and plantain chips processing machines, which had all arrived at the port, and are expected to be cleared soon.

Dr. Owusu Afriyie Akoto emphasised that the machinery is meant to facilitate the activities of both large scale and smallholder farmers in order to improve efficiency and productivity. 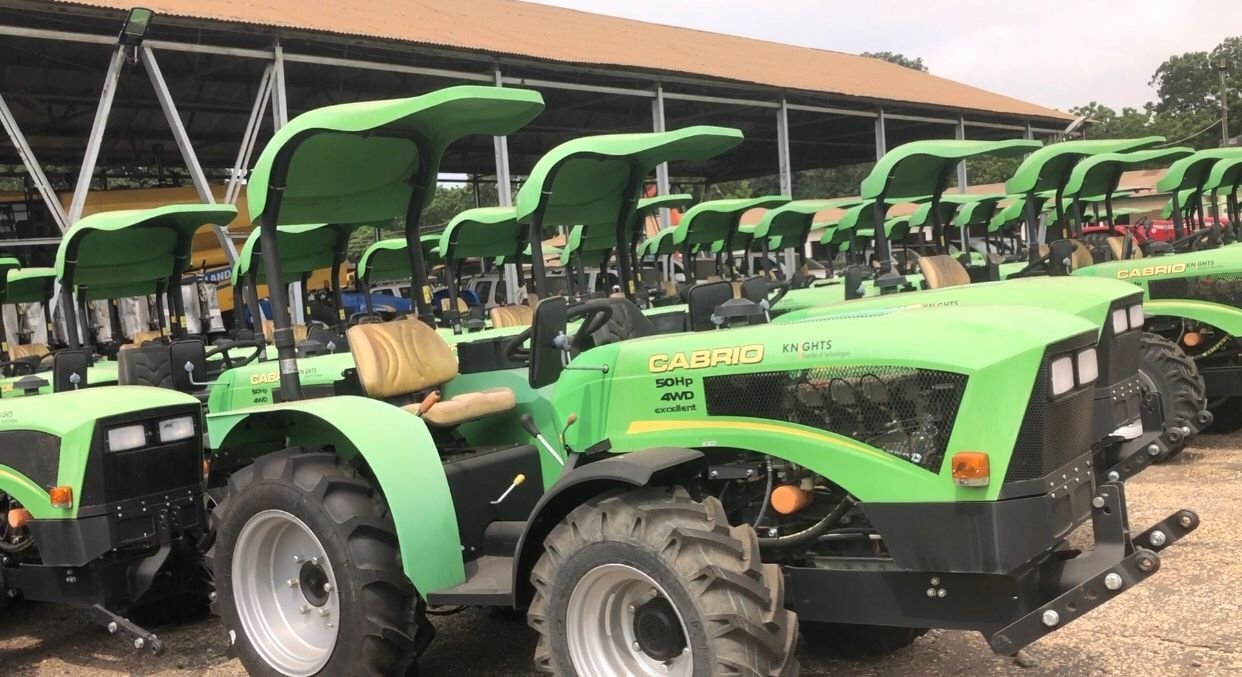 He explained that the Planting for Food and Jobs (PFJ) initiative was not only about food crops production, but has modules with five components aimed at agricultural transformation and encouraging value addition.

The Minister added that these models are tree crops, greenhouse farming technology, livestock and farm mechanisation.

He said most of these PFJ modules had already seen some remarkable improvements in improving lives and livelihoods, ensuring food security and self-sustainability as well as producing enough in obtaining surpluses in making Ghana the food basket in the sub-region.

This, he said, will ensure that each of the crops, in the next five to eight years, gains the status of cocoa to generate $2 billion revenue annually for the country.

To this end, the Minister encouraged Ghanaians to embrace the agricultural revolution and transformation agenda by participating in the PFJ programme.

The Director of Agricultural Engineering Services, Ametus Deyang, also said the facility is open to all farmers and interested groups who are willing to acquire them for their farming

The 2021 National Best Farmer, Alhaji Mashud, who was the special guest for the ceremony, commended Dr. Akoto and government for the vision to transform agriculture and make it a more lucrative and attractive venture.