Projects initiated by the Middle Belt Development Authority (MBDA) are progressing steadily across its catchment areas, according to the Chief Executive Officer of the Authority, Joe Danquah.

The projects are funded by the government’s ‘One Million dollars Per Constituency’ initiative.

Some of the projects include construction of modern dormitories in Dadiesoaba Nursing Training School, Hwidiem SHS and Acherensua SHS, all in the Ahafo Region. All the dormitories come with house master’s/mistress’s accommodation, ironing shed, mechanized water system, internal open space for washing and drying of attires, sizable compound, bathroom and modern 20-Seater WC toilets with mechanized boreholes. Others are 20-Seater WC toilet with mechanized borehole at Nkaseim and Hwidiem, also in the Ahafo Region.

The rest include Adu Boahen Durbar grounds and Juaben Methodist AstroTurf in the Ashanti Region and Nkawkaw Sports stadium in the Eastern Region.

Mr Joe Danquah and a team from the Authority on Friday July 16, 2021, began a tour of the various facilities to ascertain the level of progress. He started the monitoring from the Eastern and Ashanti regions and proceeded to the Ahafo Region. He also commissioned some of the projects that had been completed. Some of the completed projects include four modern 20-Seater WC toilets with mechanized boreholes at Dadiesoaba Nursing Training School, Hwidiem SHS and Acherensua SHS, 20-Seater WC toilet at Dadiesoaba, among others.

Addressing the press at Acherensua, in the Asutifi-South District, the CEO said he was impressed with the level of work done.

He disclosed that the Authority, through the government’s “One Million Dollars per One Constituency’ initiative, is currently funding 122 projects in the Ahafo Region alone.

He stressed the importance of constructing the toilet facilities and the dormitories for the educational facilities, saying these would increase the intake of students into the schools’ boarding houses. He pleaded with chiefs and elders, District Chief Executives and users of the various facilities to ensure their proper maintenance.

He added that the Authority would embark on regular checks to see if the beneficiary institutions or communities are ensuring their longevity through proper maintenance culture. 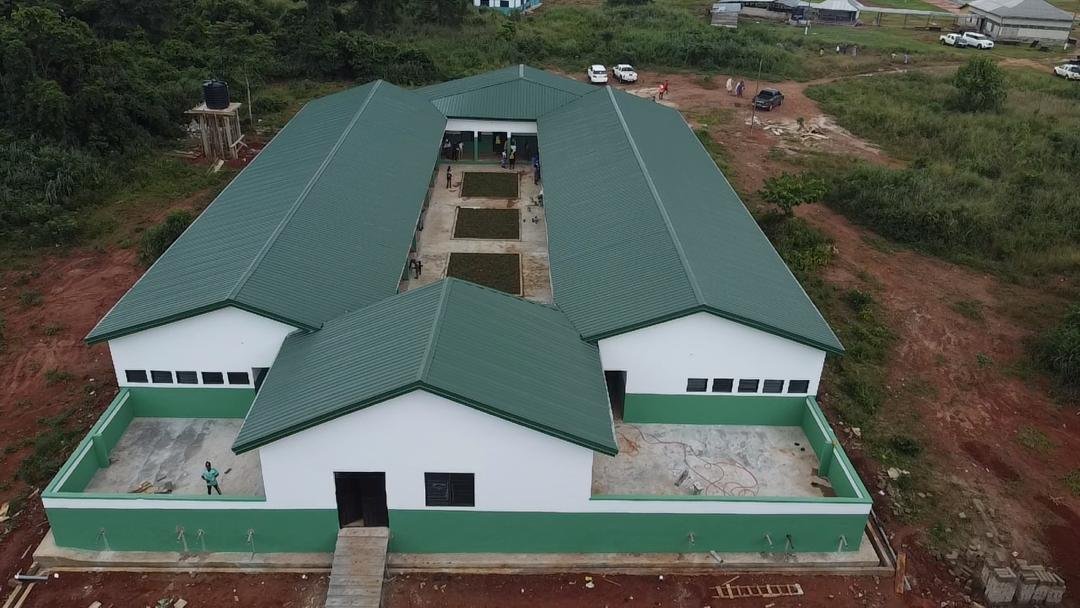 The MDBA was established by an Act of Parliament, Act 962 in 2017, in line with the government’s agenda to ensure inclusive and accelerated bottom-up socio-economic development in the middle belt zone.

The Authority’s mandate is to implement the Infrastructure for Poverty Eradication Programme (IPEP), through the One Million Dollars per One Constituency fund. It is to accelerate economic and social development in the Middle Belt Development Zone through strategic direction in the planning and prioritization of development projects.