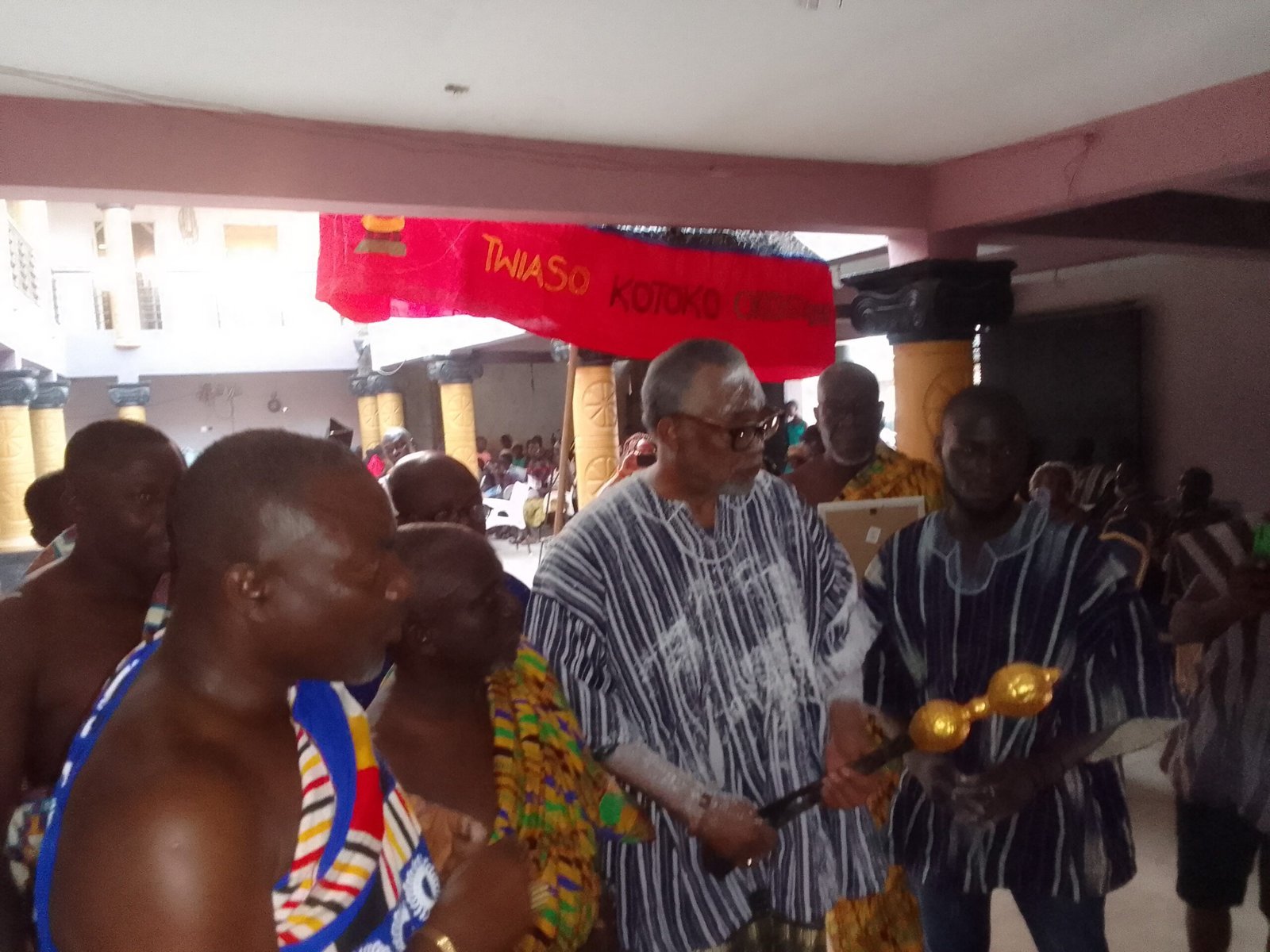 Los Angeles City Council Member for the 9th District in USA-California, Curren De Mille Price Jr., has been installed as the Nkosuohene / Moahene (Development Chief) of the Ahwerase Akuapem Traditional Area in the Akuapem South Municipal District of the Eastern Region of Ghana.

This traditionally and automatically makes his wife, Del Richardson Price as the Nkosuohemaa (Development Queen) of the area.

The former California State Senator is currently in Ghana visiting regions and villages as part of activities to experience the beauty of the Ghanaian history and culture to the maximum, increase collaborations between both countries and create an avenue to build on the existing synergy. 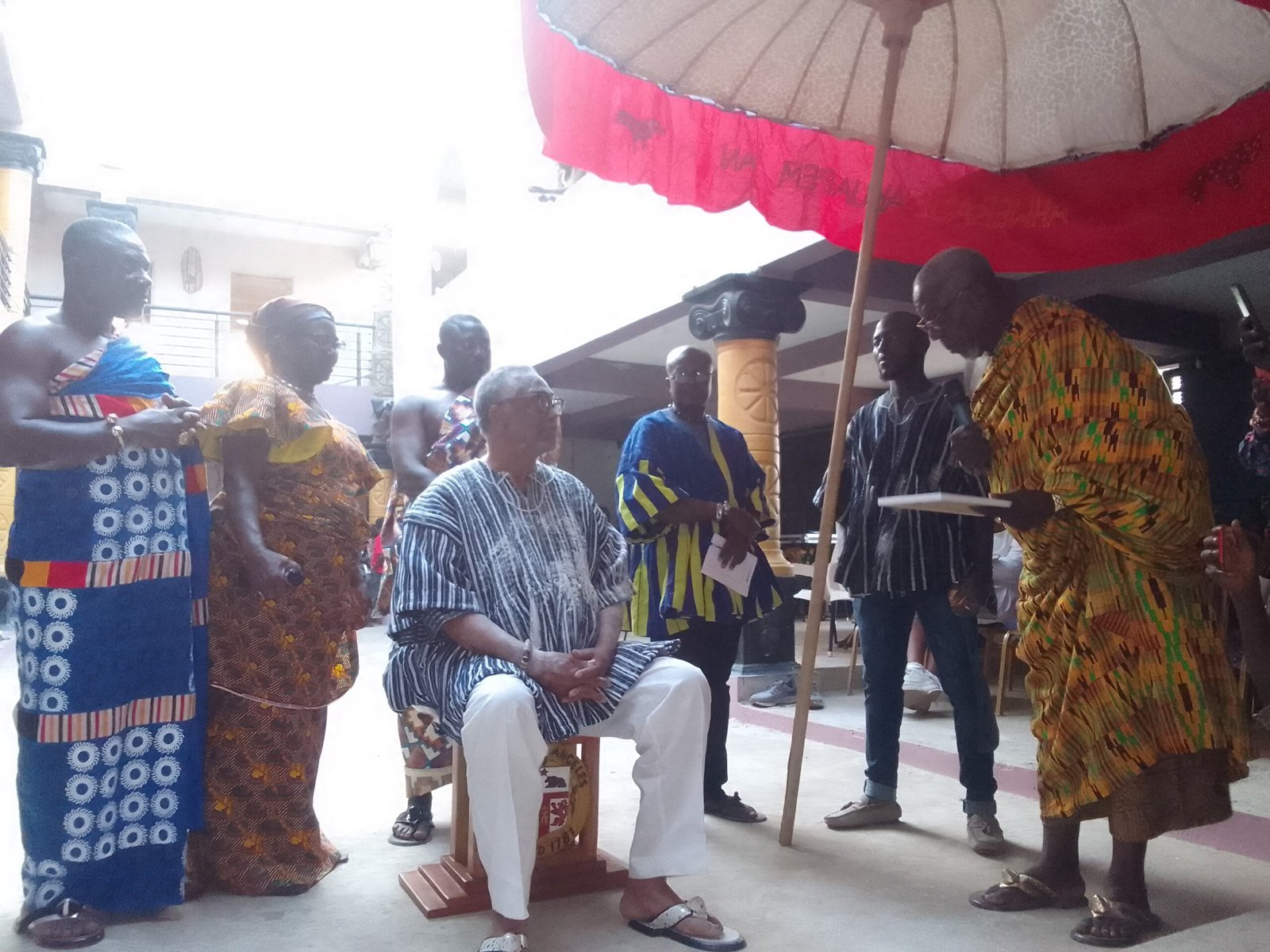 Mr Curren Price’s stool name is Nana Offei Agyemang I (1). To begin his role as a chief with oversight responsibility for the development of Ahwerase Akuapem, a durbar was held in his honour at which he swore the oath of allegiance to the Abakomahene of Ahwerase Akuapem, Nana Semeshia Ohene Asah Krofa II.

He was taken through the customary rites by the Abakomahene of Ahwerase Akuapem, Nana Semeshia Ohene Asah Krofa II. The enstoolment of the Councilman is aimed at advancing development for the community in diverse ways.

Nana Asah Krofa II explained that the Councilman deserved to be honoured because of his passion for massive development projects all over California and foresight in Pan-Africanism.

The newly-enstooled chief was majestically dressed in ‘fugu’ or smock cloth, doused with white powder proclaiming victory and dancing to traditional tunes at the Ahwerase palace, amid cheers from the townsfolk. 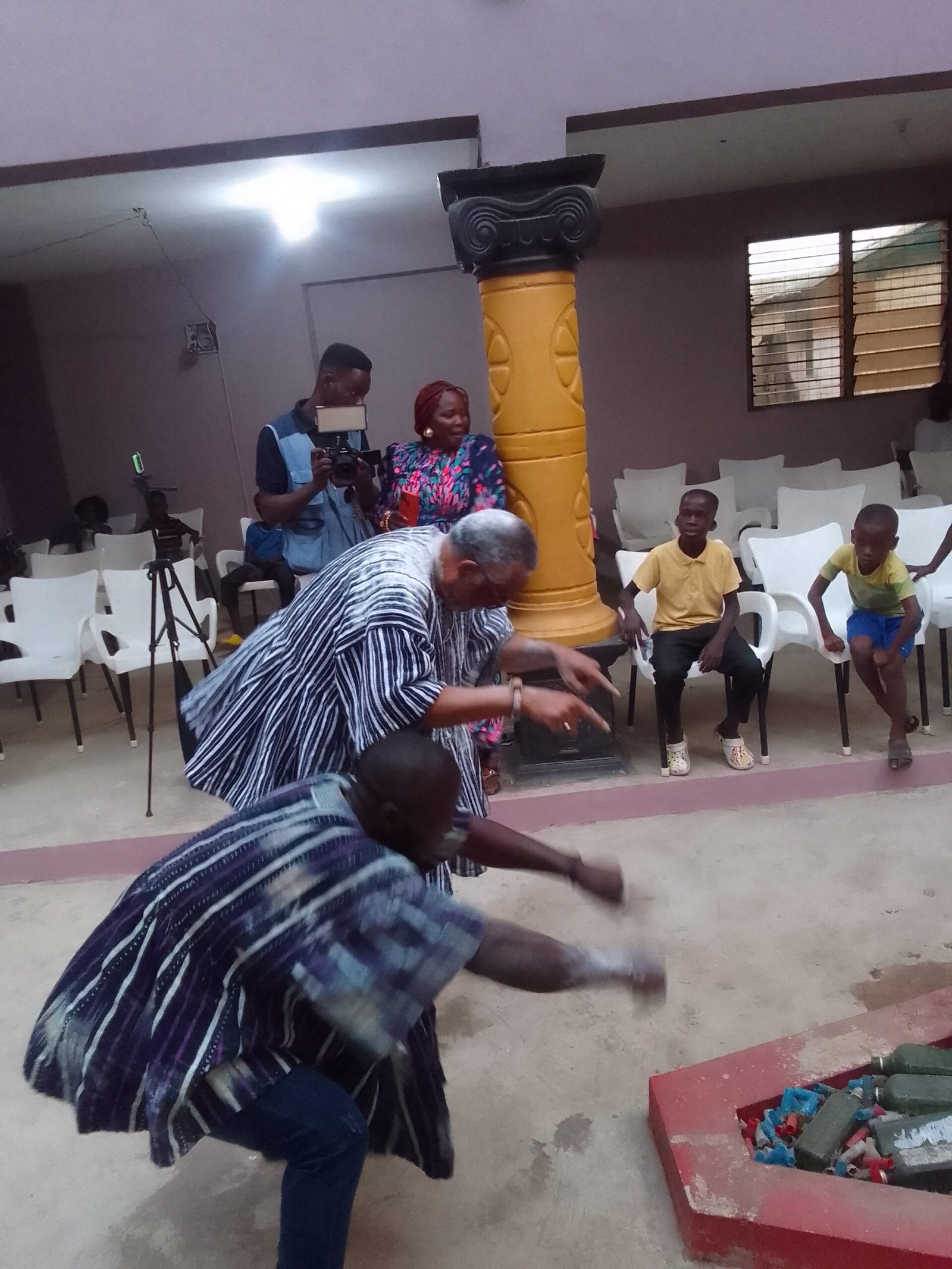 In his maiden address to the people of Ahwerase, he pledged to assist the town in its development efforts, particularly, in preserving the social and economic environment.  Nana Offei promised to do his best to improve the lot of his people in terms of the provision of water, road, hospital and electricity to increase economic activities in the town and its surroundings.

“We need a lot of development projects. I will do my best,” he assured. He also expressed his appreciation to all those who turned out to support the ceremony. 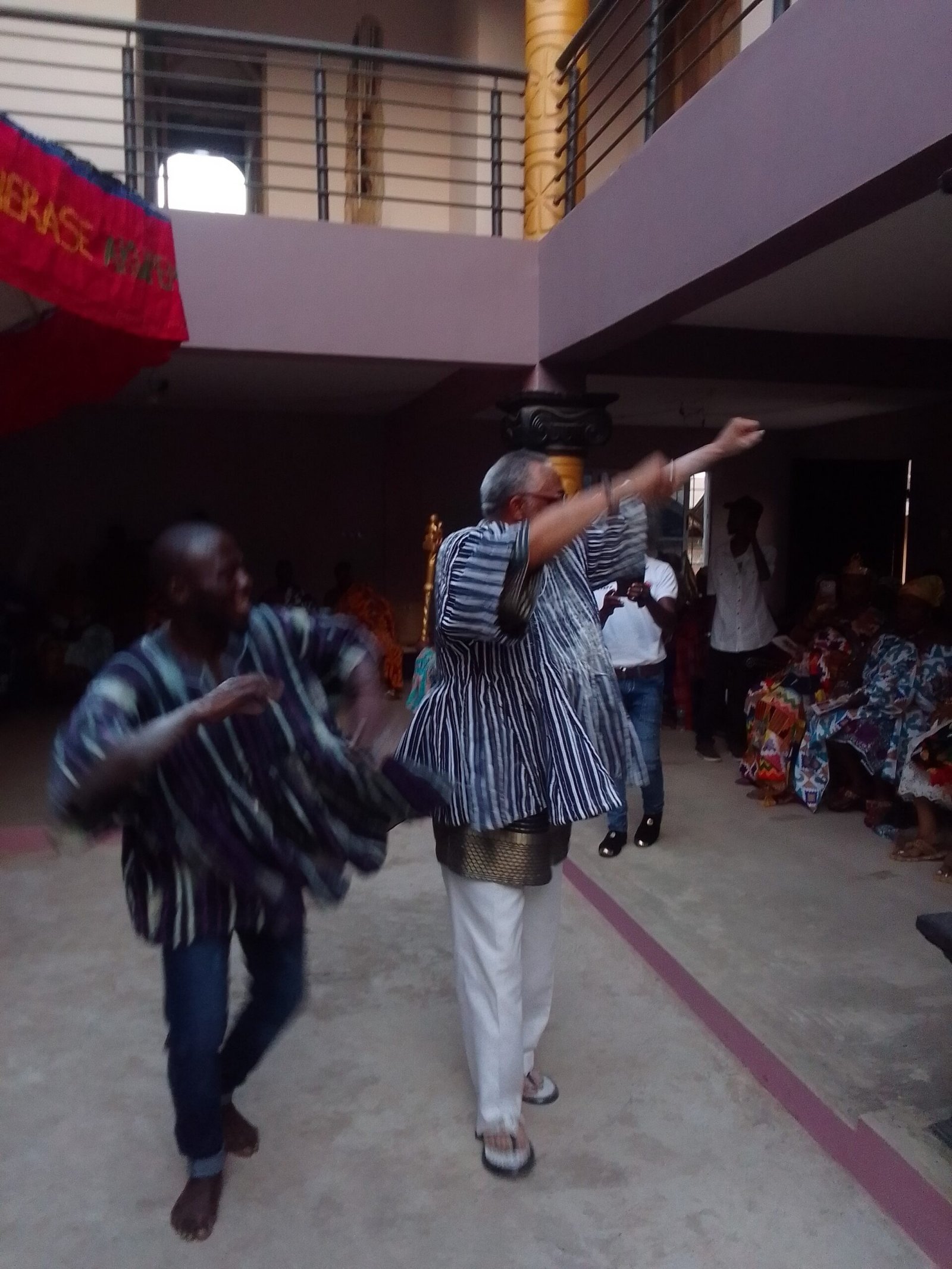 The new Nkosuohene indicated his intention to play an effective role by setting short, medium and long terms goals for development plans but with the co-operation of the people.

Nana Offei Agyemang I also called for an integrated Pan-African approach to drive the continent’s economy out of its current challenges. 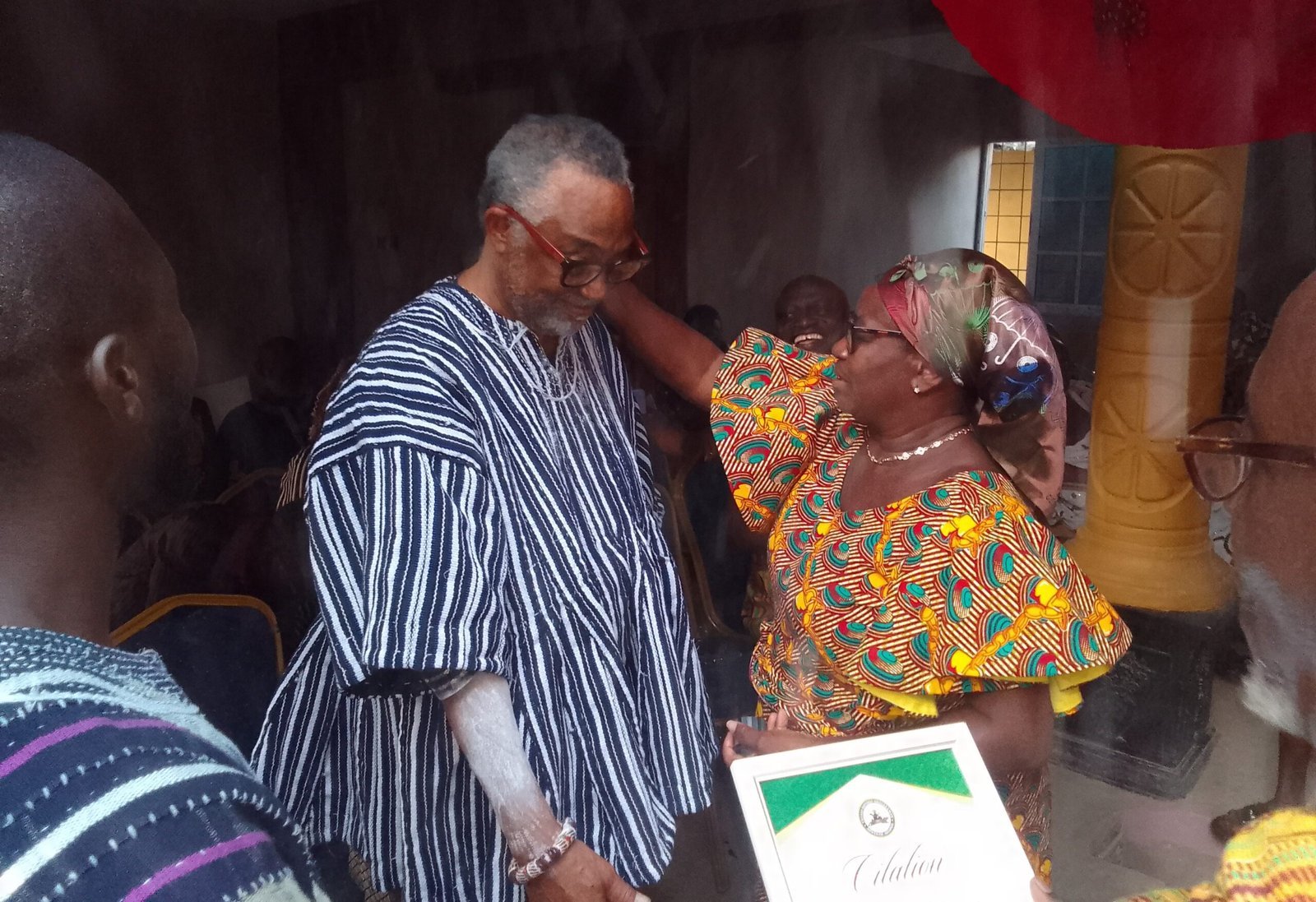 The Councilman said unless a radical approach was adopted, the neo-liberal strategies embedded in Africa’s economy would further sink the continent and make it remain under-developed for a long period.

He mentioned some of the neo-liberal strategies impacting negatively on Africa’s economy as structural adjustment, poverty reduction policies and wealth-creation programmes.

“A successful de-colonial link from the colonial development modernising models will only be achieved through a Pan-African-led radical movement. Africa can learn from the Latin American experience and revert to its indigenous ways of becoming human beings and stop obsessing about material improvements to really understand that you cannot have a good life if people around you are not living well,” he stressed.

Curren Price Jr further indicated that Ghana was a significant partner of USA, referring to the economic development cooperation between the two countries.

He said the Ghana Beyond Aid Agenda could become feasible with further collaborations in areas such as science and research, adding that his country was ready to offer the necessary support.

“Ghana has become an important regional network in advancing scientific cooperation. And I hope that the peoples of our two countries will grow in friendship and understanding,” Mr Curren Price stated.

Ahwerase is a town in the Akuapim South Municipal District of the Eastern Region of south Ghana. It shares borders with Aburi, which is famous for the Aburi Botanical Gardens and the Odwira festival. The name ‘Ahwerase’ is an Akan language which translates to “Under the sugarcane”.

NNF calls for protection of oceans